In The Fish You (Don’t Know You) Eat, a yearlong investigation of the global fishmeal industry, the Global Reporting Program, in partnership with NBC News, uncovered a supply chain from Latin America to West Africa to China that is polluting the ocean, causing food insecurity in coastal communities, and risking the collapse of fisheries.

Twenty five percent of the fish caught at sea go straight to factories where they are churned into powder and pellets to feed the growing aquaculture industry. An in-depth multimedia project, and a short documentary for NBC Nightly Films, explore three nodes of the fishmeal supply chain: the growing demand from China – where most of the world’s fish farms operate, the growing supply from Peru – the largest producer of fishmeal, and increasing resistance to the industry by coastal communities in West Africa.

Fourteen journalism students from the University of British Columbia in Canada, University de Los Andes in Colombia and Nanjing University in China to report on the fishmeal supply chain. The journalism students were joined by three students from UBC’s Institute for Oceans and Fisheries and two from UBC’s Medicine Department, adding scientific rigor to the project – testing samples from the field and providing context through academic research. Students travelled to China, Hong Kong, Peru, Senegal and The Gambia in December 2018 for research and reporting.

China, home to 60 percent of the world’s fish farms, requires vast quantities of fishmeal to feed these fish. In their own waters, Chinese fishermen now target so-called ‘trash fish’ – fish taken from the bottom of the food chain that are often juveniles – to feed the aquaculture industry. “The demand for both fishmeal and so-called trash fish is putting increasing pressure on our marine resources,” says Daniel Pauly, a leading fisheries scientist and advisor on the project.

China’s voracious demand for fishmeal means they now rely on fishmeal from abroad, particularly Peru, to feed their farms. Peruvian ‘superprime’ fishmeal is made from anchovy. But this fish is also the main food source of marine mammals like penguins and sea lions, as well as fish higher up on the food chain. The fishmeal industry, along with the growing climate crisis, is putting these animals in jeopardy. The legacy of the industry also lingers – decades of mismanagement saw fishmeal factories dump waste water directly into the ocean. In Chimbote, a major port on Peru’s western coast, scientists say that the sludge exceeds two meters in height and has decimated marine life there.

In Senegal and The Gambia, where a dozen foreign-owned fishmeal factories have opened in recent years, coastal communities are struggling as fish are being redirected to these factories, endangering a way of life that locals have known for centuries. Fishmeal factories are outbidding local fishermen for sardines, pressuring them to overfish the ocean. Students discovered pipes from a Chinese-owned factory in Senegal pouring toxic effluent back into the ocean, which many locals say is having detrimental impacts on their health. After testing the effluent, they found dangerously-high levels of four heavy metals. Some residents are fighting back. Gambian activist Abdou Kunta Fofana dug up one of these pipes from a new factory, saying the industry is “not good for our health, it’s not good for our plants, it’s not good for our birds, it’s not good for our fish. It’s not good for nothing.”

Main findings from ‘The fish you don’t know you eat’:

About the Global Reporting Program

The new Global Reporting Program brings students from around the world together to research and investigate under-covered issues, and produce major works of journalism. It has grown out of a successful course at the University of British Columbia Graduate School of Journalism, in which students travelled overseas to practice international reporting. Past student projects have been produced in collaboration with media outlets including The New York Times, The Guardian, The Globe & Mail, Toronto Star, PBS FRONTLINE, Al Jazeera, CBS News, Vice News and the BBC, and have earned top awards from professional journalism organizations, including the National Academy of Television Arts & Sciences (Emmy for Best Investigation), Society of Professional Journalists (Sigma Delta Chi), Radio Television Digital News Association (Edward R. Murrow), International Academy of Digital Arts and Sciences (Webby honor) and the Online Journalism Organization (ONA).

The new form of the class challenges the “parachute reporting” method of foreign correspondence by offering opportunities to students from journalism, policy and academic departments at partner universities to work collaboratively on global investigations. The students study an issue for one term, do field reporting together, and spend a subsequent term working together to create impactful works of multilingual journalism in partnership with major media organizations.

The program is primarily funded by the Jonathan Logan Family Foundation, as well as Mindset Foundation in Vancouver. The fishmeal project also received support from the Social Sciences And Humanities Research Council of Canada. All editorial control is in the hands of students and faculty, and the team following the GRC Ethics Guidelines. 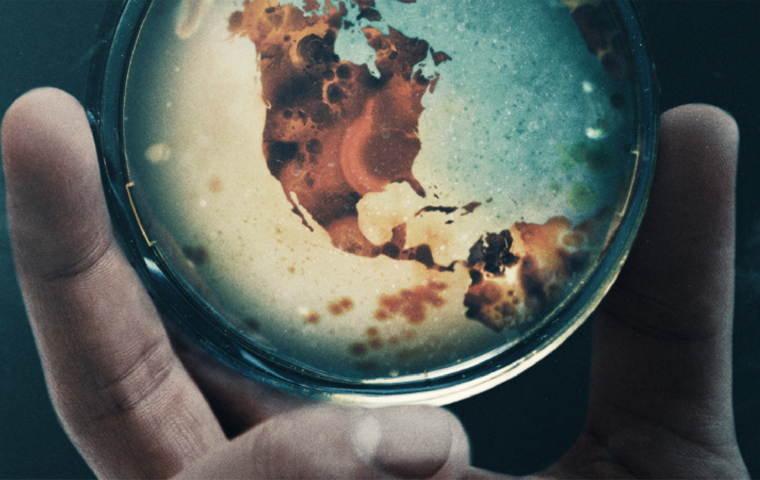