Jacky Rowland and Nicole Barrett reflect on the International Criminal Tribunal for the former Yugoslavia – the first war crimes court since the Nuremberg trials at the end of World War II.

December 31, 2017 — Today marks the end of an era – the formal dissolution of the International Criminal Tribunal for the Former Yugoslavia (ICTY), the first war crimes court since the Nuremberg trials at the end of World War II. Based out of The Hague, the International Criminal Tribunal indicted 161 people from Bosnia and Herzegovina, Croatia and Serbia on charges including torture, rape, murder, ethnic cleansing, genocide and crimes against humanity.

Over the course of 24 years, there were hundreds of lawyers servings as judges, prosecutors and defense attorneys, and the court heard testimony from 4,650 witnesses. Amongst the witnesses was Jacky Rowland, a BBC reporter at the time who had covered the war and took the bold step of testifying at the Milošević trial. Below are reflections from Rowland, as the doors to the International Criminal Tribunal for the Former Yugoslavia shutter for good. (An essay by Nicole Barrett, who served as a trial lawyer and legal officer at the tribunal, is forthcoming.)

Jacky Rowland: I should start by declaring an interest: I was a witness for the prosecution in the war crimes trial of the former Serbian leader, Slobodan Milošević. I testified in August 2002, but my first contact with the court came a couple of years earlier, when I was approached by an investigator in the prosecutor’s office, who was interested in events I had witnessed in early 1999 during the war in Kosovo. I had visited a jail where Serbian forces were detaining members of the Albanian separatist movement. What I saw there troubled me, and the report I filed for BBC radio triggered the tribunal’s interest. My testimony, the investigator explained, would complement evidence already gathered pointing to a massacre at the prison.

I agreed to testify because I saw it as a civic duty. I was a witness to an alleged war crime and a court was calling me as a witness: simple. I was unprepared for the controversy – in some cases even vitriol – which my appearance at the tribunal would unleash.

I was not the only journalist to testify. The veteran BBC television correspondent Martin Bell had already given evidence in a different trial at the ICTY, and others would take the stand in the following years. But Milošević was the highest profile defendant in the history of the court, so my testimony attracted the most attention.

A few colleagues accused me of “crossing the line”: I could no longer claim to be an objective observer, they said, since I was now taking sides in a trial which some considered to be political. To an extent, the perception of the ICTY as an anti-Serb court has endured, even though it tried suspects – and took evidence from victims – on all sides.

Another complaint regularly levelled at the court was that it was too slow: justice delayed is justice denied. Some of this was down to court procedure – the Milošević trial, for example, was beset by delays and adjournments – but the pace was largely due to the ground-breaking nature of the ICTY.

Perhaps the biggest challenge was apprehending suspects. In the early years of the tribunal, most of those captured and handed over for trial were minor figures, prompting accusations that the ICTY was becoming irrelevant. The architects of genocide in Bosnia – the Bosnian-Serb political leader, Radovan Karadžić, and military commander, Ratko Mladić – evaded capture until 2008 and 2011 respectively. Both were eventually caught and convicted. Yet others put on trial in The Hague managed to evade justice. Milošević died in his prison cell of a heart attack in 2006, a few months before his court verdict was due. More dramatically, a former Bosnian-Croat general, Slobodan Praljak, publicly killed himself in November 2017 by drinking poison in the courtroom as a judge upheld his war crimes conviction.

And what of the former Yugoslavia as a whole? Has international justice helped to heal the scars of conflict? More than 20 years after the end of the war, political life in Bosnia continues to operate along ethnic lines, with the Bosnian-Serb part of the country operating as a quasi-separate entity. Karadžić and Mladić are set to serve out their days in jail, but to an extent their vision of division and separation has prevailed.

Jacky Rowland was a longtime correspondent for BBC News and Al Jazeera English, covering war zones in Europe, the Middle East and Central Asia. This photo is of Jacky Rowland testifying at the ICTY in August 2002

Nicole Barrett: I was a trial attorney for the International Criminal Tribunal for the former Yugoslavia, drawn away from a white-shoe New York City law firm by the promise of contributing to the most significant international criminal justice project of my time.

I was hopeful that a truly international tribunal like the ICTY was the best way to seek justice for atrocities and deter political leaders from future deadly campaigns. While the Tribunal was far from perfect, I have come to believe that its successes were profound, even if its ultimate goal of reconciliation remains unfulfilled.

The ICTY had many shortcomings. Because of the complexity of cases, difficulties with “cooperation” from implicated states, and the desire to run fair proceedings, the trials were often long – in some cases, too long. The tribunal’s predecessor, the post-WWII International Military Tribunal at Nuremberg, had not laid out procedural rules that met modern, more stringent fair trial rights, so the ICTY had to figure out its own procedure as it went along, which took time.

Some defendants were difficult to apprehend, including Croatian Army General Ante Gotovina (a case I worked on), and several trials ended unceremoniously with the death of the accused. Slobodan Milošević’s untimely death was particularly disappointing, as his judgment was about to be issued and would have been a big leap forward for international criminal justice at the time.

Despite these and other limitations, the Yugoslav Tribunal was an accountability pioneer that now serves as a model for subsequent tribunals of its kind. The fact that military and political leaders, including a sitting president, were criminally tried for war crimes, after a nearly unbroken period of impunity for human rights abuses post-WWII, profoundly shifted expectations around what should happen after atrocity. Suddenly, accountability was real, and those judging were not simply the victorious powers, as was the case at Nuremberg. In the end, the ICTY tried 111 people and transferred many lower level cases to domestic courts, mostly in Bosnia and Herzegovina. Ninety people were convicted and went to prison. To overly focus on the few derailed cases fails to see the forest from the trees.

Through its trials, the ICTY created a serious, detailed evidentiary and historical record, which will last (and be debated) for a long time. Without the Tribunal, what we would now know about the Yugoslav Wars would be based on news reports and official government versions of the conflict. Instead, we have an in-depth record of events, based on facts whose veracity was tested by a panel of international judges and defense lawyers. While one can disagree on certain of the findings, there is little doubt that the ICTY’s detailed record of events helps to undermine denial of involvement on all sides.

Furthermore, justice delayed does not necessarily mean justice denied. With no statute of limitations for international crimes, unscrupulous leaders can be brought to justice at any time before they die – a fact that has likely changed the decision-making calculus in halls of power. Most leaders hope to spend their retirement as state heroes rather than fighting charges that they committed internationally-condemned crimes. Political winds do change for even the most powerful.

The ICTY has also played a major role in influencing individual countries to prosecute international crimes domestically when defendants are found in their borders. The Tribunal is cited as the primary catalyst for what Kathryn Sikkink called a “justice cascade” – the post-ICTY deluge of human rights prosecutions in national and international forums throughout the world. New studies suggest that this proliferation of trials has not only deterred atrocities – it has also had a positive spillover effect on human rights within regions where these trials took place.

True – the Tribunal may not have resolved tensions in the former Yugoslav region, but its effects will be seen throughout the world for decades to come.

Nicole Barrett is Director of the International Justice and Human Rights Clinic and Executive Director of the Allard Prize at the Peter A. Allard School of Law, University of British Columbia. 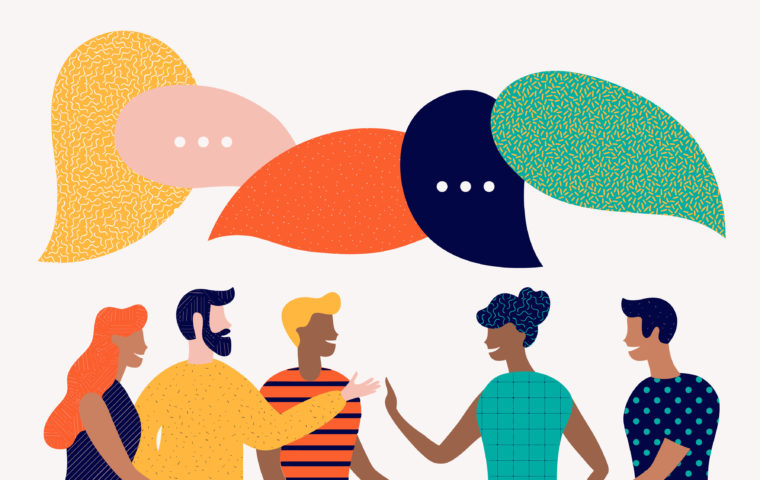